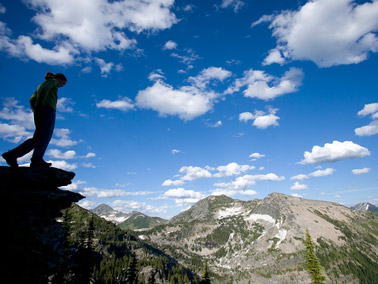 Despite longstanding opposition, the Rock Creek Mine continues to pursue construction, operating, and wastewater discharge permits.

In December 2007, the Forest Service issued a Letter of Determination approving the Exploration Adit/Phase 1 of the mine. Following significant modifications of the exploration plan proposed originally by Revett Minerals, the Montana Department of Environmental Quality (MDEQ) released an Environmental Assessment (EA) in July 2008 to address these changes. Although many of the modifications would result in impacts to ground and surface water, and potentially to domestic wells, MDEQ approved the modified plan.

The U.S. Fish and Wildlife Service (USFWS) also signed off on the mine’s grizzly bear mitigation plan even though the mine would render as unsuitable over 7,000 acres of the bears’ already limited habitat. USFWS also concluded that for the mine to be permitted, it would be necessary to sacrifice Rock Creek’s bull trout population that they claim is not critical to the overall survival of the species. The mismanagement by the USFWS of both the threatened grizzly bear and bull trout violates the protections afforded under the Endangered Species Act.

However, due to our litigation, no mine-related activity–including the exploration adit/Phase 1 construction–can currently take place on public land. We continue to inform area citizens of the perils posed by the Rock Creek Mine project. Most importantly, we’re asking why our government-appointed officials would support a questionable mine plan with such a fragile ecosystem at risk. 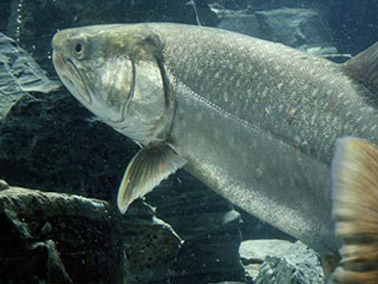 If permitted, the Rock Creek Mine could be disastrous for bull trout habitat and water quality in the lower Clark Fork River and Lake Pend Oreille, and for water in the Cabinet Mountains Wilderness.

In 2018, the Alliance and our partners won a lawsuit that challenged a decision by Montana’s Department of Natural Resources and Conservation (DNRC) to grant a water use permit for the mine that would allow major groundwater pumping, permanently dewatering pristine streams in the Cabinet Mountains Wilderness and polluting groundwater entering the mine.

The mining company and DNRC appealed the lawsuit decision to the Montana Supreme Court in 2020. DNRC argued that the burden to enforce water quality non-degradation standards rests solely with Montana’s Department of Environmental Quality (MDEQ), and that DNRC only operates under more narrow constraints of solely determining new water rights. The mining company asserted that degradation of wilderness waters could be revisited another day after the company completes the mine’s Phase I/exploration adit and applies for an operating permit for Phase II of the mine.

Unfortunately, in its majority option, Montana’s high court embraced the arguments given by both DNRC and the mining company. While the Alliance was understandably frustrated by the court’s ruling in this case, we did receive a sweeping victory 2021 under our separate case that combined lawsuits against the U.S. Fish & Wildlife Service (USFWS) and the U.S. Forest Service (USFS). In that case, the U.S. District Court invalidated approval of the mine’s Phase I/evaluation adit, ruling that both agencies violated the Endangered Species Act (ESA) by unlawfully ignoring the impacts of the full mine proposal (including Phase II) on federally protected grizzly bears and bull trout.  As a result, the Rock Creek mine currently has no federal authorization to proceed and the permitting agencies must conduct new analyses should a new permit be sought.

About the Stormwater Suit

Bull trout require clean, clear, cold water to spawn and thrive. During the 5 – 7 year construction phase of the project, the Rock Creek Mine would introduce 400 – 1,400 tons of additional sediment per year to a stream already impaired by sediment. This significant impact to the habitat of a threatened species should have required a more detailed stormwater discharge permit (individual MPDES permit) from the Montana Department of Environmental Quality (MDEQ). The state instead opted to issue a broader general stormwater permit without the limits and protections of an individual permit.

In 2008, Rock Creek Alliance and a coalition of like-minded groups challenged the state’s approval of the permit in court, arguing that a general stormwater permit was not applicable because of the mine’s impacts, location, type, and volume of the discharge, and requested that MDEQ require an individual MPDES permit. In 2011 the Montana State District Court agreed, requiring MDEQ to reanalyze the discharge for issuance under an individual permit. Though the mining company appealed the decision to the Montana Supreme Court, the Supreme Court upheld the decision in 2012 requiring MDEQ to prepare an individual permit based on the specific conditions of the mine site.

In January 2002, Rock Creek Alliance and other organizations filed suit in district court against the State of Montana challenging the legality of the water discharge permit (MPDES) that authorized multiple discharges to groundwater, Rock Creek, and the Clark Fork River from the proposed operating mine and tailings impoundment.

In 2006 the court voided the groundwater discharge because it allowed an increase in arsenic levels, and ordered a trail to further consider the discharges to Rock Creek and the Clark Fork River. The court subsequently ruled in the state’s favor, allowing both of these discharges to surface water. The Alliance then appealed the ruling regarding the Clark Fork River discharge that would dump 3 milion gallons per day of mine water into the river during the 35 year operating life of the mine, and would would likely continue in perpetuity.

In 2008 the Montana Supreme Court ruled in our favor and voided the Clark Fork River discharge permit, determining that MDEQ made an arbitrary and capricious decision issuing a discharge permit that authorized a perpetual discharge to the river. 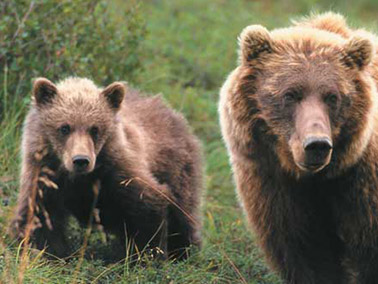 If permitted, the Rock Creek Mine would impact our country’s most endangered wildlife. The mine jeopardizes one of the last remaining grizzly bear populations in the lower 48 states, and would all but destroy significant bull trout spawning habitat at a time when companies and government agencies are spending millions to protect the threatened fish.

A series of lawsuits looked at the irreparable harm the mine would cause to threatened bull trout and grizzly bear, thus violating the Endangered Species Act (ESA). Courts were asked to overturn several iterations of Biological Opinions (BiOp) prepared by the U.S. Fish and Wildlife Service (USFWS), including the original 2001 BiOp, the revised 2003 BiOp, the reissued 2006 BiOp that was supplemented in 2007, and the 2019 revised BiOp that withdrew previous BiOps and only considered impacts from the mine’s evaluation adit/Phase 1.

The mine would displace grizzly bears from over 7,000 acres of habitat, impacting 40% of the breeding females in the Cabinet-Yaak Ecosystem and leading to the possible death of one or two adult females. It also would sever important travel corridors. Currently, the population is estimated to be between 30 and 35 bears. To counter the effects of the mine, the USFWS is relying on a faulty mitigation plan entailing the future acquisition of just over 2,000 acres of replacement habitat. If the habitat is even available and is suitable, it is likely already occupied by grizzly bears.

In 2007, the U.S. District Court combined the Alliance’s ESA lawsuit with the Alliance’s 2005 lawsuit against the U.S. Forest Service (USFS) that challenged its approval of the mine and Final EIS.

The USFS subsequently approved construction of only the mine’s evaluation adit/Phase 1 in 2018. In 2019, the USFWS reinitiated consultation with the USFS and issued a supplement to its BiOp that withdrew all previous BiOps and only addressed impacts from the mine’s evaulation adit/Phase 1. The Alliance and its partners then sued the USFWS over its failure to address impacts from the full mine build-out (Phase I and Phase 2, which is the full mine build-out). At the same time, the Alliance and its partners also sued the USFS over its approval of the mine’s evaluation adit/Phase 1.

In a sweeping 2021 victory, the U.S. District Court invalidated the USFWS’s supplemental BiOp and the USFS’s approval of the mine’s evaluation adit/Phase 1, ruling that both agencies violated the Endangered Species Act by unlawfully segmenting the project and thereby ignoring the impacts of the full mine proposal (Phase I and Phase 2) on federally protected grizzly bears and bull trout. The judge noted in his opinion that “the Project has been proposed, evaluated, approved, and litigated as a two-phased venture since at least 2000, but most recently, however, the agencies have narrowed their analysis and approval to Phase 1.”

Because of this successful recent litigation, no mine-related activity, including the exploration adit/Phase 1 construction, can currently take place. 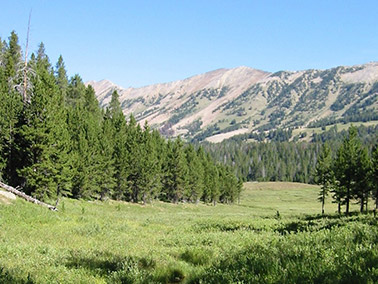 Much of the land impacted by the Rock Creek Mine falls under the jurisdiction of the U.S. Forest Service (USFS). Its approval of the Rock Creek mine violates federal laws enacted to protect public lands, water and wildlife.

This suit charged the agency with violation of several federal acts including, but not limited to, the Clean Water Act, Endangered Species Act, National Forest Management Act, and the National Environmental Policy Act (NEPA). At issue was impairment of water quality by the introduction of sediment that is injurious to fish and the agency’s failure to maintain and protect fisheries and wildlife habitat. By law, the USFS must ensure that its actions do not jeopardize a listed species or destroy its habitat.

Furthermore, the agency is bound to conduct an adequate analysis of the impacts of the project, develop courses of action that evaluate all reasonable alternatives and are based on sufficient information, adequately review all mitigation measures, and fully disclose all impacts for public review. The USFS failed in all areas of its duties. This suit asked the court to permanently enjoin the Rock Creek project until it complies with all federal laws.

This suit, and a separate suit challenging approvals by the U.S. Fish & Wildlife Service (USFWS), were combined and were jointly considered by the court. In a 2021 victory for the Alliance, the court invalidated the USFS’ approval of the mine’s Phase I/evaluation adit, ruling that the USFWS and the USFS violated the Endangered Species Act by unlawfully ignoring the impacts of the full mine proposal on federally protected grizzly bears and bull trout.

As a result, the Rock Creek mine currently has no federal authorization to proceed and the permitting agencies must conduct new analyses should a new permit be sought. 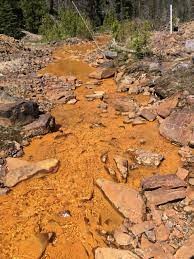 In 2021, the Rock Creek Alliance continued to pursue a case in Montana state court concerning the “bad actor” provision of the Montana Metal Mine Reclamation Act.

The bad actor provision prohibits mining companies and their individual corporate officers who failed to complete required mine reclamation from undertaking new mining projects in Montana—unless they assume liability, pay back the costs of reclamation carried out by the state at public taxpayer expense, and clean up the pollution at their former mines.

Phillips Baker, the CEO of Hecla Mining, was a former corporate officer of the now bankrupt Pegasus Gold Corporation. Under Baker’s tenure, Pegasus Gold left tens of millions of ongoing cleanup costs at the notorious Zortman-Landusky, Basin Creek, and Beal Mountain mines. Acid mine drainage and heavy metals from those mines polluted streams and groundwater, leaving behind a toxic legacy and a huge financial burden for Montana’s taxpayers. To date, the Zortman-Landusky mine alone has cost the state over $30 million and the contamination is likely permanent.

Montana’s Department of Environmental Quality (MDEQ) sent Hecla and Baker an enforcement letter in 2017 notifying them of this responsibility. Subsequently, Hecla and Baker challenged MDEQ in state court, arguing that the bad actor provision did not apply because Hecla is an Idaho-based company and Baker does not reside in Montana. In 2021, a state district court judge ruled that MDEQ does have the authority to enforce the state’s “bad actor” law against Hecla and against Baker for his past affiliation with Pegasus Gold.

Unfortunately, a mining-friendly governor, Greg Gianforte, was elected in 2020. At Governor Gianforte’s urging, MDEQ dismissed its claims against Hecla and Baker. In March 2021, the Alliance and our coalition partners filed suit to force MDEQ to enforce the bad actor law against Hecla and Baker. MDEQ subsequently filed a motion to dismiss our complaint. Oral arguments in this case are set for August 22, 2022.